Tanzanian Singer Ali Saleh Kiba popularly known as Alikiba has officially handed over to the public a Mosque he had built in Tabata, Dar Es Salaam.

On Sunday, Ali in the company of his family members and a number of Muslim leaders converged at the Tabata Mosque to preside over the handing over ceremony.

Speaking about Alikiba’s kind act, his mother said that her son saw the difficulties Muslims were going through in terms of space and that’s why he decided to help them get a bigger place for worship. 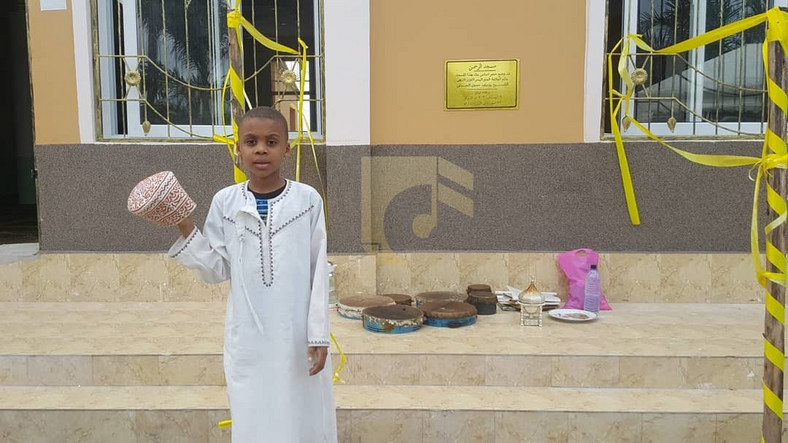 The opening of the Tabata Mosque comes weeks after his fellow singer Diamond Platnumz also launched a Mosque for his Muslim brothers and sisters in his home Town Kigoma.

Chibu Dangote handed over the keys to the Sheikh in charge of Kigoma area, during the celebration of his 10 years in the industry on December 31st, 2019.